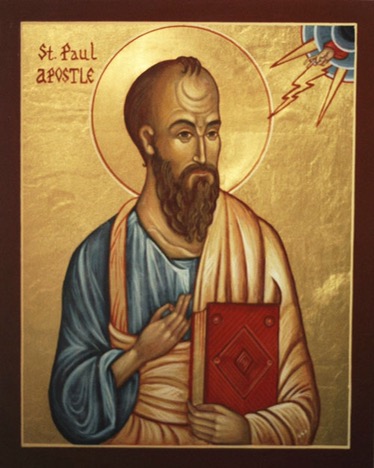 From the naming of the animals, to the Name above all names, the Bible emphasizes the importance of names. When God calls someone into their purpose, he often gives them a new name: Abram to Abraham, Jacob to Israel, Saul to Paul. What is important about these transitions? Why does a name matter? “A rose would be a rose by any other name…”

Let’s remember the creation of the universe: God spoke and the heavens and the earth came into existence out of nothing. So when God is naming these people, he is creating in them an identity that was not there before. Abram was childless until the moment God named him “Abraham,” which means “father of a multitude.” He did not see the multitude at that time, but it was his identity nevertheless. Jacob (meaning liar) had had to struggle and fight and lie to get everything in life until God named him “Israel,” which means “may God prevail.” From that moment, his identity was a symbol of God’s faithfulness to him and his people. It was a promise that Israel would not be saved by their own holiness and strength but by the salvation of God. Perhaps most relevant, Saul became “Paul,” which means “little, or humble.” This was the pharisee of pharisees, the master of the Law, the wielder of the righteous sword to cut down the enemies of God. Now, God named him “Paul” and we get such words as:

And so it was with me, brothers and sisters. When I came to you, I did not come with eloquence or human wisdom as I proclaimed to you the testimony about God.[a] 2 For I resolved to know nothing while I was with you except Jesus Christ and him crucified. 3 I came to you in weakness with great fear and trembling. 4 My message and my preaching were not with wise and persuasive words, but with a demonstration of the Spirit’s power, 5 so that your faith might not rest on human wisdom, but on God’s power.

Here is a man who has been humbled by the power of God and the realization of his own weakness. The name caused the reality.

So what does this matter? God hasn’t renamed me like that? Well, maybe he has. What does God call you? Righteous, beloved, sons and daughters, etc. There are hundreds of proclamations in the New Testament about  Christians. More specifically, what has he called you in your life? He has called me a speaker of truth that sets people free. That is a promise he has made me. That is a reality he has called forth. It’s not because I am so smart or eloquent or amazing (ask my wife she’ll let you know it can’t be that), it’s because God has called that part of my identity. So now, I have the opportunity to claim that identity and live from that place. Sometimes I still speak lies, sometimes I say the thing that is hurtful and not  helpful, but my identity lies in what God has called me.

God has called each one of us into our identity. Now, we have to listen and believe, which will lead to acting out of our identity in Christ instead of the hyper-flawed identity we create for ourselves through pride and iinsecurity.

Liturgy and the Sacraments – Part 1

The Cross Comes Before the Crown

I Will Behave Wisely in a Perfect Way