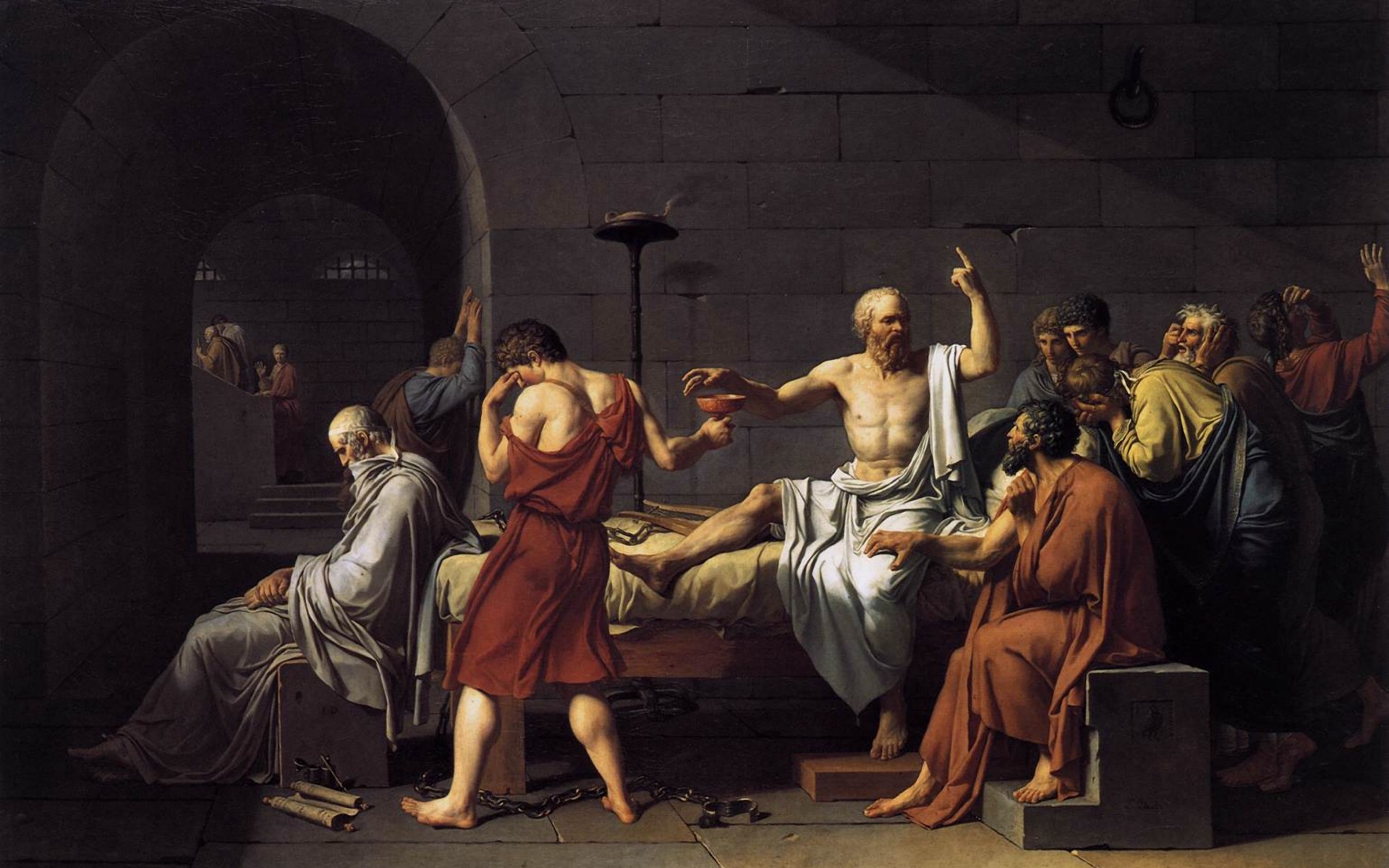 This week, I am giving a summary of the Moral Argument. This is a difficult thing to do because the permutations and forms of this argument are vast and varied. I will attempt to stick to the core and address the most popular objections. The basic structure of the moral argument is as follows:

1. There is an objective moral law

3. The Judeo-Christian God is the best explanation for the objective moral law

Each of these points can be debated at length. The first and most hotly contested premise can be argued mainly from our experience and the way that we live in the world. Subjective or relative morality can sound convincing and, in an atheistic or materialist worldview, it is the only option available. However, when applied to how we actually live, we find that this view is untenable. If there is no objective standard, then there is no basis for condemning behavior. Anyone can commit atrocious crimes with impunity. We may have laws or rules that govern behavior and consequences for the dissenters, but something in us cries injustice when these dissenters are able to get away with their actions. The sex trade shows this. In some places, the sex trade is perfectly legal, but we all know there is something deeply wrong with the practice of selling human beings for sexual use. Someone will argue that the problem with the sex trade is that it causes others harm. Relative morality is the key as long as you don’t hurt anybody else. To that I say, what objective standard are you using to judge that hurting someone else is wrong?  They may argue for a cultural understanding of morality. In this view, the morality of a culture should govern all behavior within that culture and is generally developed in order that that culture may flourish. This is problematic because who decides what a cultural morality is and what a flourishing culture is? Also, who is contained within your culture and how do you condemn the practices of other cultures? These are particularly relevant questions in our current day and age. According to one particular society today, the destruction of the Western world and the submission of all people to Sharia Law is the ultimate goal. Terrorist attacks and economic sabotage and everything perpetuated by Isis is fueled by a cultural understanding of morality. According to a relative understanding of morality, there is no basis for condemning Isis.

If you have ever had a conversation with a child, you have probably experienced some of the difficulty that arises when we cannot ground our objective morality in anything. “James, you shouldn’t hit your sister.” “Why not?” “Because that hurts her.” “Why is that bad?” “Because the atoms in the universe colliding randomly have created humans by the power of random mutations guided by natural selection and we humans have somehow developed a conscious mind and cultures that have determined over time that hurting people is contrary to the flourishing of our communities.” The holes in this explanation are myriad. Matter and energy have no moral value, if all we are is matter and energy driven by random dance and chemical firings in our brain, then nothing we are and nothing we do can have moral weight. The alternate story is much more compelling and has the greater explanatory  power when we observe and experience the world: “You should not hurt your sister because there is a God who is love and created all people to be a reflection of that love. You should love your sister because she is valuable and hitting her does not honor her objective value.” Now, that may be a little difficult to explain to a four year old, so we instead say things like, “Because it is wrong to hurt people, and it is especially wrong to hurt those who are smaller than you.”

So if we have come to the point where we believe there is an objective moral standard that takes us from a “can or cannot” to a “should or should not,” then the question follows about where this moral standard comes from? I have been arguing that it is found in the Judeo-Christian God and the following story explains some part of why I think this is the best answer: Plato writes of a dialogue between Socrates and a man named Euthyphro. Socrates asked the man whether the moral law was given by the gods or whether it was above the gods. On the one hand, the moral law is subjective because the gods did not exemplify the laws they gave and there were many gods who gave different laws or commands that were contrary. One the other hand, if the law is above the gods, then the gods are not ultimate beings and we now need to figure out what this objective law is and where it comes from. The Judeo-Christian answer escapes both of these problems as it grounds objective moral law in the character of God. God is the standard against which we judge all of our actions. His commands come directly from His character. God is love and the standard for morality is God’s love.

One objection may be called the problem of evil. While I will address that objection in a future post, one basic element of this objection should be explored here. The basic idea is that if God is all-good and all-powerful then the world He created should be all-good. The list of terrible atrocities in the world lend power to this argument and it is the magnitude of the issues addressed that compels me to save a full engagement for a separate post. The one thing I will say is that the problem of evil assumes an objective standard of good and evil which is best explained by the Judeo-Christian God. Our cries of injustice find their fullest voice when they are fueled by an understanding of the immense value God has placed upon human life and human flourishing.

So why not an ephemeral standard that is apart from God and just exists in the universe? Because there is nothing to ground that standard. There is no reason we should know it and there is no support for following it. And what precisely would that standard be? A profound rightness and wrongness that is an abstract concept has very little weight in objective reality, but a standard that is grounded in the Creator of the universe is much more compelling. The narrative, “Love created the world and everything that is wrong in the world is a rejection of Love,” explains the world in a compelling and powerful way. Now, are all compelling narratives true? Not necessarily. The argument here is merely that a Judeo-Christian God is the “best” explanation for morality. This is one piece of the puzzle and, hopefully, combined with my previous posts on the beginning of the universe and the appearance of design in the universe add further depth to this image. We begin to see a God that is consistent with the Judeo-Christian God. In the next posts, I will be addressing the specifically “Judeo-Christian” elements of this God.

The Cosmological Argument for God’s Existence