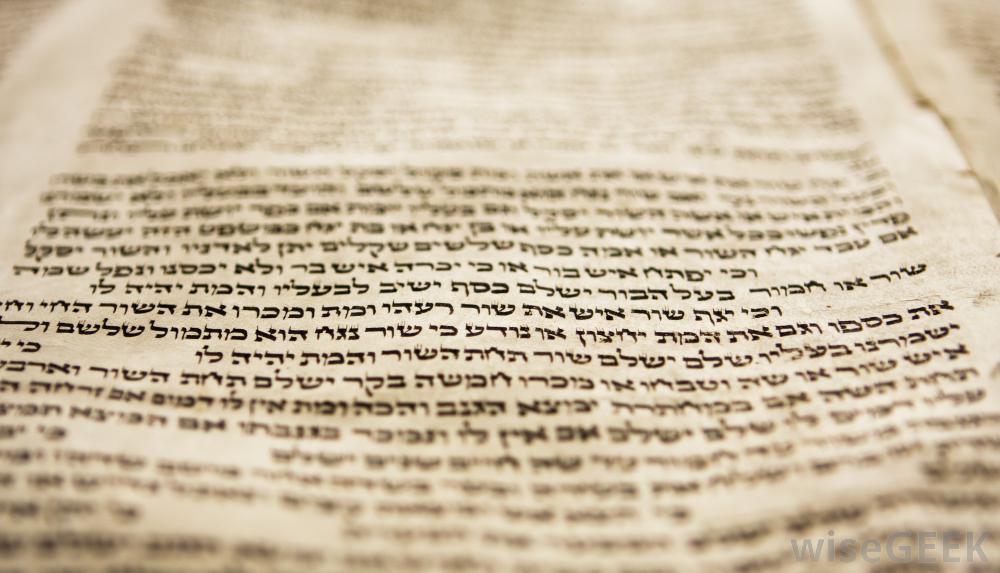 The next step in the series on the evidences for the existence of a God will finally bring us to the arguments for a Judeo-Christian God. If you look at my previous post you will see an argument for the existence of a being who is outside of space and time who can begin material existence. Then the argument in the next post claims that from the complex and amazingly functional nature of the universe in general and life specifically it seems that we need an Intelligent Designer. The last post argues that without a God we are left with no adequate support for morality. This post will attempt to briefly address some of the chief evidences for the historicity of the New Testament.

First, when we are discussing historicity, we are merely trying to establish that the New Testament was written by first century Jewish individuals who believed that what they wrote actually happpened and that what we have today is extremely close to the texts that were originally written. So then, if we find that the writers were faithfully communicating their experiences and that our texts today match what was communicated originally we can move towards the questions of whether we should trust the testimony of these writers.

So, is the New Testament historically reliable? For this question, I will attempt to outline some of the main arguments without getting bogged down in citations and specific studies. I will humbly refer the reader to books like Evidence That Demands a Verdict and Evidence Revisited by Josh McDowell which are extensive works of historical investigation that engage this topic comprehensively. There are many questions that can help a historian determine whether a text is reliable. How many original manuscripts are there? If there are copies of these manuscripts, how similar are they to each other and how close are they to the original? Are the sources bridging to other sources or are they eyewitnesses? Are the events recorded independently corroborated? Is the setting accurate (the timeframe, who was in political power, reflective of the culture at that time)? What was the purpose of the text? Was it meant to be a historical document, a report to a governing body, or propaganda for a political figure? Would the author have gained from the distortion of truth?

All of these questions and more can be taken to our study of the Biblical texts. Beginning with the question of manuscripts, the New Testament has over 27,000 partial manuscripts to compare and study. While none of them are the original penned manuscripts, their remarkable similarity and consistency is a huge mark in favor of the NT’s reliability. To put these numbers in perspective, the closest other text from the ancient world is the Illiad which has around 500 surviving partial manuscripts. The New Testament, particularly the Gospels, are also written based largely on eyewitness testimony. This is not a story that has grown in the telling, the writers are writing about their own personal experiences. They are also writing to an audience of fellow eyewitnesses. When most of the texts in the NT began to be circulated, the people who lived and experienced the events recorded were still living. If these texts were deceiptful, the hundreds of people who were present at the sermon on the mount or the feeding of the 5000 or the crucifixion could have denounced the writings as false. Now maybe there were dissenting voices that have not survived 2000 years because they were not part of a text that quickly obtained sacred status in the original Christian community, but the movement grew in the midst of people who could have easily denounced many of its claims and would have had no reason to join if they thought the disciples were teaching falsehoods.

The events in the NT are also extremely consistent with other sources of that time and what we know of the timeframe politically, culturally, and historically. We have sources from the ancient world that confirm Jesus’ crucifixion, the census at the time of Jesus’ birth, all of the political figures and the timing of their reign/influence, and that confirm the growth of a small sect of Judaism in the midst of persecution from their fellow Jews and eventually the Romans as well. The Gospel of Luke is extremely helpful in this regard as Luke is careful to note the historical and political context and timing of his texts. Luke is helpful for another reason as he states the purpose of his texts at the beginning of his Gospel: “Inasmuch as many have undertaken to compile a narrative of the things that have been accomplished among us, just as those who from the beginning were eyewitnesses and ministers of the word have delivered them to us, it seemed good to me also, having followed all things closely for some time past, to write an orderly account for you, most excellent Theophilus, that you may have certainty concerning the things you have been taught.” Here we see a classic introduction to a historical text that were often addressed to an individual in ancient times. We see that the purpose of the writer here and the writers throughout the NT were attempting to tell true stories that reflected their experiences.

If we look at these evidences and are able to accept that the NT was communicating what the authors believed to be the historical truth and was faithfully communicating their experiences, then we have to ask if we should trust these sources. I am fully aware that I am not addressing many of the nuances and fullnesses of the arguments summarized above, but this is merely a brief sketch of the main arguments. So why should we trust these people? First of all, none of the Gospels would have benefitted the authors. In fact, the authors and disciples of Jesus are often portrayed as stubborn and dense. If these authors were looking to invent a religion with themselves at the head, then why would they portray themselves as slow to understand, stubborn, and even deniers of Jesus throughout the stories? Also, and I believe this is the most powerful argument for the reliability of their testimonies, the disciples were imprisoned, beaten, and killed for what they preached. Unless you truly believe what you are saying, it does not seem possible that a man would die for a lie. What is gained if a man is killed for something that he knows never even happened? We have to remember here that the disciples were eyewitnesses to the events they spoke of. They were not convinced of the truth of these things second-hand. I think that we must accept that the disciples believed that what they were saying was true.

In following posts I will address the question of miracles and whether we can take the Bible seriously even though it makes claims that may seem impossible.